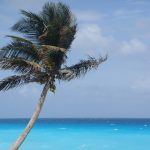 In 2001, Mexico’s Secretariat of Tourism embarked on a mission to embrace and promote the magic of some of the nation’s most beloved towns. The initiative began with just a few towns, now, almost fifteen years later, the Pueblos Mágicos (Magical Villages) program recognizes some 83 villages that embody the beauty and spirit of Mexico. […]